Who Is Pastor Bill?

Pastor Bill Adamson is ordained with the Assemblies of God.  A teacher and coach for over thirty years, Bill felt the call to ministry but didn't pursue full time ministry until ten years ago.  He began classes through the Berean School of Ministry and became a licensed pastor in 2012 and was ordained in 2014. He has been pastoring Cornerstone Church since it opened (as Abundant Life Church - Pengilly) in October of 2014.  Bill is also the NE MN Area Rep for Fellowship of Christian Athletes.

Bill and his wife Debbie (who is a support pastor and church administrator at Cornerstone Church, and Bill's FCA admin) live in Grand Rapids.  Their new puppy, Zoie joined their family in September.  Their daughter Bethani is the youth pastor at Chisholm Assembly of God along with her husband Brad Monson, and they are the Youth for Christ directors in Viriginia.  They live in Chisholm with their new baby girl and dog Dallas.​​

and their daughter Pastor Bethani, Brad, Adeline and Dallas (R)​ 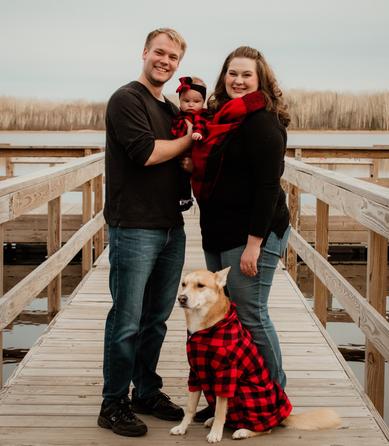 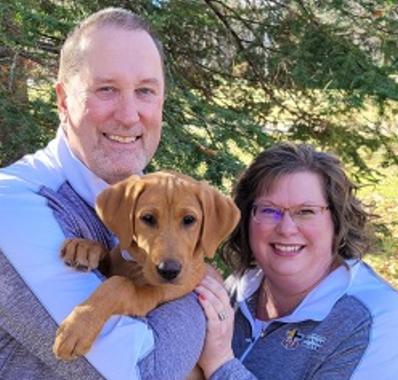